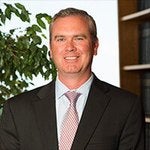 Prior to joining the DuPage County State's Attorney's Office, Bob was an Assistant State's Attorney in Cook County from 2001-2005.  For the majority of that time, he was assigned to the 6th District courthouse in Markham, prosecuting both misdemeanor and felony offenses.

Bob's experience as a prosecutor gives him a unique perspective on defending a criminal case.

Bob belongs to several professional organizations, including the Illinois State Bar Association and the DuPage County Bar Association.  He earned his Juris Doctor from Loyola University Chicago School of Law in 2001 and holds a Bachelor's degree from the University of Illinois at Urbana-Champaign.