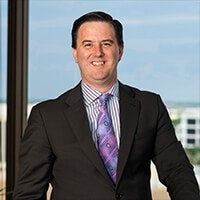 Did you see the word UNLESS up there?  This means that the Court can expunge the reckless driving charge IF it occurred prior to the Defendant reaching the age of 25 AND has no prior DUI or reckless driving arrests.

So, if you are under 25 years of age AND have been charged with a reckless driving or DUI, you NEED to contact an experienced defense lawyer to potentially set you up for an expungement of the reckless driving.  Or if you have any questions about a DUI arrest in Illinois, contact John W Callahan to help defend your rights.