This was a case where there was a single car accident for a DUI when our client hit the median on Interstate 294.  The officer ordered our client out of his car and indicated in his reports that the client failed not only the HGN and the walk and turn tests, but also the one leg stand test.   After cross examination and presenting evidence to the judge that contradicted the officer's testimony, the judge did not believe the State Trooper when the Trooper indicated that our guy used his arms for balance on the walk and turn test.  Rather, it was so cold that our client had his hands in his sweatshirt pocket while he was actually shivering and performing the tests at the same time.  Not only did our client not have a valid license at the time of the DUI arrest (which we helped clear up) but we were also able to get a not guilty finding on all charges after a bench trial. 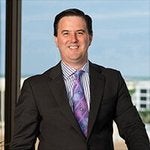