While Naperville has always been a heavy DUI writing jurisdiction in DuPage County, the number of DUI arrests during the initial COVID outbreak were significantly reduced based on the fact that most people were staying home and the police did not want to come in contact with traffic violators if they did not see something extreme.  With that said, now that COVID seems to be somewhat managed and people are moving towards getting their lives back to somewhat normal, DUI arrests are spiking in DuPage County and Naperville. 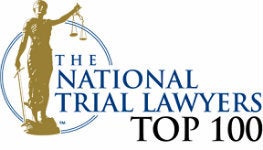 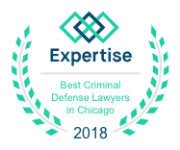 The reasons for this could be many. For example, First, people do not want to take Uber as much because they do not feel comfortable getting into a car with an Uber driver who might have been exposed to COVID.  Second, police are being more comfortable with safety protocols when pulling people over for a potential DUI and third, everybody is getting used to how to manage this and now police will stop drivers for less serious violations when it is late at night and there could be a DUI on the agenda.

If you have been arrested for a DUI charge out of Naperville or DuPage County, your case will be going over to the DuPage County Courthouse and you will need to have a defense lawyer present with you because the charge is a class A misdemeanor.  If it is your first DUI, it is very unlikely that you are going to go to jail.  However, because a DUI charge is a criminal offense, the judge will mandate that you have a lawyer and will only appoint a public defender if you are indigent.

More importantly, if you are arrested for a DUI charge the State will try to suspension your license for anywhere between 6 -12 months on a first DUI and anywhere from 1-3 years on a second or further DUI within 5 years.  Again, it is important to take aggressive action to try to help yourself and prevent the suspension from going into effect and minimizing damage on the criminal case of the DUI charge.

If you have recently been arrested for a DUI charge in DuPage County or Naperville, you should contact the experienced DUI defense team of John W. Callahan and Robert F. Stanker to help you with your case.