Should I take a Breath Test if I am pulled over for DUI?  Can I refuse?

When pulled over for the suspicion of driving under the influence, the main concern is whether or not to submit to a breathalyzer test at the police station and whether or not you will face consequences for refusing. 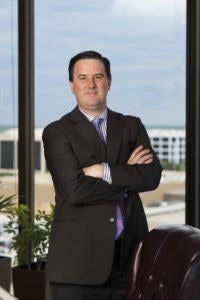 If you refuse to take a breathalyzer test, there may be consequences as Illinois is an implied consent state, meaning that by operating a vehicle, you automatically consent to a breathalyzer test and other such tests if you are arrested. The legal consequences of refusing a breathalyzer test in Illinois range anywhere from an automatic one-year statutory summary suspension of your driver's license to an actual DUI conviction. The State's Attorney could use evidence of your refusal against you in trial for your DUI, in addition to other circumstantial evidence.  With that said, as a defense lawyer, I would much rather have my client refuse the breath test at the police station than take the test.  This is because without the breath test, the state does in fact lack the actual proof that your BAC was per se above the legal limit and so the DUI client who refuses can rely on the State's inability to prove him or her guilty beyond a reasonable doubt.

Have you submitted to a breathalyzer test and scored at a BAC over 0.08? At the law offices of John W. Callahan, Ltd., we have built our careers around overcoming seemingly impossible challenges, such as strong Breathalyzer test evidence. We thrive on these challenges and take pride in our ability to find unique ways to get past them and protect your future from the consequences of a DUI/DWI charge. This doesn't mean that we can win every single case - but it does mean we always look at the evidence to give our clients the best chance to win.  To speak within seconds with an experienced DUI lawyer who can stand up for your rights even against challenging Breathalyzer test evidence, call us at 1-877-335-6697 today. You can also e-mail our law firm.