When can the police search my car?

The Fourth Amendment of the Constitution protects our right to privacy and freedom against unreasonable searches and seizures by the government. In order for the police to search you or your house, they must first obtain a search warrant. However, under the “automobile exception”, it is constitutional for a police officer to search your car without a search a warrant since individuals have lower expectations of privacy when operating a vehicle on the road than they do when they are in their own homes.

Is Domestic Battery a Misdemeanor or Felony in Illinois? 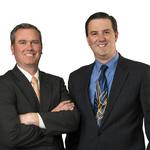 When is a DUI charged as a felony?

Lawyer John W Callahan discusses what make a DUI a felony in the State of Illinois.

What is criminal sexual assault?

Under Illinois law, criminal sexual assault consists of the following elements: Sexual penetration combined with one or more of the following: Use of force or threat of force Victim was unable to understand the nature of the act or unable to give consent Victim is under 18 years of age when the act was committed and the accused was a family member Victim was at least 13 years old but under 18 years of age, and defendant was 17 years of age or older and held a position of trust, authority or supervision in relation to the victim.

What is the difference between stalking, aggravated stalking and cyber-stalking?

In Illinois, there are several different offenses that are considered stalking crimes. Stalking falls under a domestic crime in Illinois, and is generally charged as a Class 4 felony.

What are the Consequences of a Sex Crime Conviction?

Once convicted of a sex crime, your life may change forever. With sex crimes come the possibility of a lengthy jail sentence and / or face possible lifetime registration as a sex offender, on top of the negative social stigma you will face from a mere accusation. Registering as a sexual offender ... 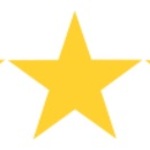 What is criminal trespassing?

If you hold a medical cannabis registry card, are pulled-over by a police officer, and the officer has reasonable suspicion to believe that you are impaired by the use of cannabis, then you must submit to field sobriety testing.

In Illinois, social hosts of underage drinkers or establishments that provide alcohol to minors can face heavy fines and even jail time. Providing alcohol to minors not only includes serving alcohol to a minor at a restaurant, bar, or nightclub, but also includes hosting a party at your home where minors are being allowed to drink or purchasing a hotel room for minors to consume alcohol. 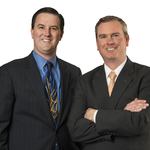 Probation vs. Parole: What is the Difference?

In Illinois, an individual with a BAC between .05 and .08 may be charged with a DUI if additional evidence shows the driver is impaired. People tend to concentrate on the 0.08 BAC standard, but Illinois law 625 ILCS 5/11-501 lays out the many ways in which a person is considered “driving under th...

John W Callahan has been awarded the Client's Choice Award by Avvo.com as well as obtaining a superb 10.0 rating with almost fifty five star reviews on Avvo.

Refusing a Breathalyzer Test – What are the Legal Consequences?

If you refuse a breathalyzer test and it is your first offense, your license could be suspended for twelve months as a penalty. If it is your second or third offense, your license could be suspended for up to three years. However, if you already have two or three DUI’s on record, a license suspension for refusing a breathalyzer is a small price to pay compared to jail time for another DUI conviction. 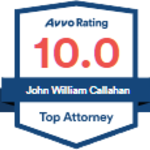 DUI Arrest – What should I do?

Schaumburg DUI Defense Lawyer, John W. Callahan, discusses how important it is to file a Petition to Rescind when a client is arrested for their first-time DUI charge in Illinois.

What is going on with DUI arrests?

Illinois DUI charge can be reduced to reckless driving and be expunged if the defendant is under the age of 25.

Schaumburg DUI arrest - what should I do?

DUI lawyer John W Callahan discusses what to do if arrested for a DUI in Schaumburg. You need to protect your rights if you’ve been arrested for DUI so feel free to call the DUI lawyers at John W. Callahan, anytime.

Criminal defense lawyer John W Callahan discusses sex crimes and specifically what penalties a teacher who is accused of having sex with a student can face.

One area of criminal law with some of the harshest consequences is sex crimes involving children.  There are numerous restrictions that are placed on individuals who have been found by a court to be a child sex offender.  Many of these restrictions are in place even if you are no longer required ...

Have you been investigated by Homeland Security or the Federal Bureau of Investigation for having inappropriate forms of pornography on your computer.  As a criminal defense lawyer and a member of the Federal Trial Bar I have represented many clients charged with Child Pornography in both Illinoi...